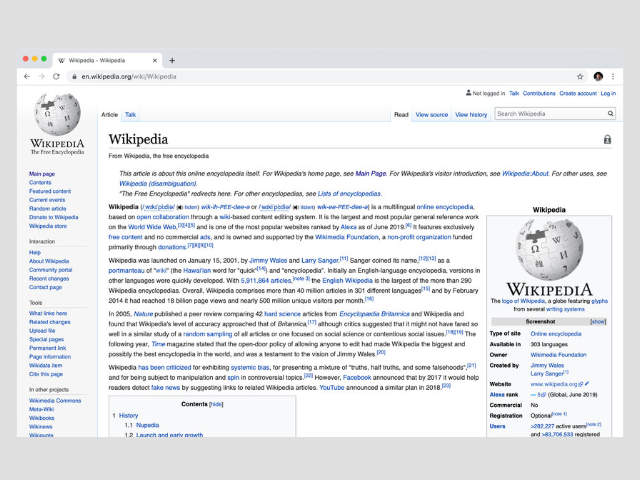 I was talking with several legal professionals recently about open source software. “What is that?” one of them asked me.

“It’s a new way to make software,” I said. “People around the world collaborate on a software project and when it is finished they make it available for free. And then more people get involved, making it better. And others actually support the software, often helping people by fixing bugs or answering questions for free.”

“Hmmm,” my colleague responded with a skeptical look. “A bunch of people who don’t know each other work on software and then give it away? That sounds crazy. How could you trust software made by people you don’t know and who don’t make any money off it?”

“Well, that’s a good point,” I responded. “It does seem crazy . . . but that is how some of the most important software we use today is being created. The free software movement began in the 1990s and it has taken off like a rocket.“

“I wouldn’t use it,” another responded, parroting what a lot of legal professionals feel. “How could you trust software made by a bunch of strangers who are programming in their spare time?”

“Well, there’s more to it than that,” I responded. “First, a lot of major companies are donating their software to open source. Most of the browsers we use are open source. In fact, the new Microsoft browser called Edge came from a Google open source project called Chromium.”

“The same project spawned the Chrome Browser,” I continued. “Firefox is from the Mozilla Foundation, a leader in the open source movement. And, most of the Internet runs on open source software, from the Linux operating system to Apache web servers and there are even open source databases and full text search engines. Indeed, on the Internet, they are probably more common than proprietary software like Microsoft SQL or Oracle’s database. For one thing, they are free, and they seem to be as good as their pay license counterparts.”

“Heck,” I said with a gleam in my eye. “Open source collaboration may one day displace regular software, with perhaps a few exceptions. Government agencies, large corporations and people in all walks of life are using open source products like Linux (operating system), MySQl (database), and Elastic Search and Lucene (full-text search). Collaboration is a powerful thing and the Internet makes it easier than ever for people to work together. to develop great software”

“Well, I am still not convinced,” my colleague said with that look of finality. “I just don’t believe you can organize people across long distances (and time zones), ask them to work in their spare time, and manage all that without hiring them and paying a salary. It just goes against common sense.”

I thought about his statement for a bit and then it hit me. I knew how I could demonstrate the power of collaboration to these folks. I had the perfect example staring me in the face.

“Have you heard of Wikipedia?” I said with a smile. I knew they had; everybody knows about Wikipedia. “Did you realize it was an open source encyclopedia?” I continued (fudging a little bit because open source technically refers to software and not a monster content collaboration process like Wikipedia).

“What do you mean?” one of my friends responded. “I know about it but don’t know much about who writes all that stuff.” she continued. “How do they write Wikipedia?”

I smiled because I could see that softball, high and slow, coming my way. “Do you remember Encyclopedia Britannica, or Worldbook or, heck, even Microsoft Encarta,” I said, laying the trap. “That used to be the way the world’s knowledge was collected, article by article. Big companies hired hundreds or maybe even thousands of scholars to write articles about science, geography, history, politics . . . everything you could think of. And they put those articles into dozens of volumes which people used to sell door to door.” I was smiling now, finding my rhythm.

“After many decades of work collecting the world’s knowledge, the encyclopedia companies came up with about a half million articles.” I decided to pause for a minute to give them time to ponder that fact.

“Yes, it is mind boggling to think there were so many. I had a set in my room when I was going to school,” one responded. “So what’s that got to do with open source collaboration?,” I continued, figuring it was time to set the hook.

“Well, Wikipedia is an open source encyclopedia,” I went on. Did you know that the project started out as an idea? The founders wondered what would happen if they created a platform that would allow anyone in the world to write articles and publish them in their wiki (using Mediawiki). A wiki is open source collaboration and publishing software. We used to use it at my old company Catalyst.”

“Anyway, Wikipedia turned the notion that an encyclopedia had to be controlled centrally on its head,” I said. “Instead, they opened Wikipedia up to editors and writers of all types. People formed groups around topics, with contributors, editors and managers.”

I couldn’t stop at this point so kept on. “And, consider where people go today for their basic encyclopedic information. I go to Wikipedia every time. How about you?”

I could see a new look in their eyes. They had not realized that Wikipedia was so massive and that it had grown that way through worldwide collaboration. “I get it,” I said. “I can’t figure out how this happened either but it did. We are talking about a new kind of power that the world has never seen before. And it is pretty exciting.”

That power, worldwide collaboration, is at the heart of the open software movement today. Linux, the leading open source software system has brought together almost 17,000 developers in its first three decades. Without a clear leader, they have come together to create what many think is the fastest, lightest computer operating system out there. And, it not only powers most of the Internet servers in existence, it is the OS of choice form most software systems we run outside the Windows desktop environment and is at the center of the Internet of Things—all those devices are running Linux.

The jury is out on whether the open source movement will reshape legal technology but the smart money believes it will. The legal market is now a worldwide phenomenon and legal technology professionals from countries around the world are looking for ways to collaborate to meet litigation and regulatory demands. The Merlin Foundation aims to help pave the way.