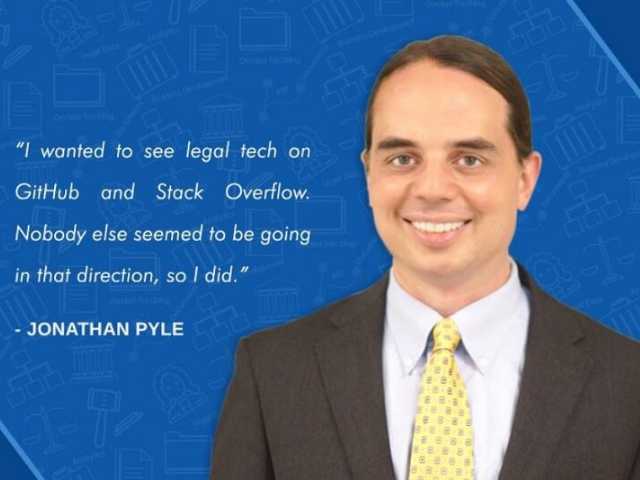 Merlin Legal Foundation Advisory Board Member Jonathan Pyle was recently interviewed as a UniCourt Influencer. He talked about the power of open source for legal applications and how tools like DocAssemble can improve access to justice for those who can’t afford traditional legal services.

Jonathan pointed out the current A2J problems even for legal services that might not seem that expensive to some:

“For example, if you are a low-income person who would benefit from filing for bankruptcy, you are expected to spend $2,000 on a lawyer to help you file a bankruptcy petition. People who are heavily in debt don’t have that kind of money. That’s an access to justice problem.”

He referenced a non-profit called “Upsolve” which is using technology in more sophisticated ways to automate the bankruptcy process while maintaining a human component and providing quality control. According to Pyle, “with a small staff, Upsolve has discharged over $200 million in debt without charging clients any fees.” Among other tools, they use Jonathan’s open-source software, Docassemble.

The creation and use of open source software is on the rise, as Jonathan explained:

“Technology companies have embraced the open-source software movement over the past 20 years, and it’s not because they aren’t competitive; they are still protective of their ‘secret sauce’ intellectual property. But they recognize that contributions to the open source community are a rising tide that lifts all boats. Open-source platforms make engineers’ jobs easier, so they can concentrate on the things that are specific to the business.”

Jonathan is hosting the third annual, and first virtual, Docassemble conference. As he explained, “Docacon 2020” will take the form of a series of trainings with a beginner track and an advanced track, so that people who want to learn more about Docassemble can learn from interactive classes rather than by reading online documentation.”

Everyone is welcome to join the virtual conference, which takes place June 25 and 26, 2020.

Read the UniCourt Influencer interview with Jonathan Pyle here. You can read more from the Merlin Foundation about Jonathan Pyle and DocAssemble from our website.