The second revolution in computing began with Jeff Bezos realized that Amazon was not only good at selling books, but also at computing infrastructure. In the mid-2000s, Amazon launched what it called Amazon Web Services (“AWS”) to offer cloud computing in a new kind of way.

What is the cloud?” Originally it was a term for the Internet, which consisted of millions of servers spread across the world. It originated from the cloud symbol used in flow charts and diagrams to symbolize the Internet. The notion was that any Web-connected computer has access to a pool of computing power, applications and files.

SaaS: As a next step in the evolution of cloud computing, companies began offering what became known as Software as a Service (SaaS). Under this model, a software or services company host the software at their facilities (typically a colocation center) instead of sending a CD-ROM for a local install. In exchange for a monthly subscription fee, clients got computing services without having to install, manage or support the software itself. Office 365 is SaaS software, for example. Most e-discovery software is also offered on a SaaS basis as well. 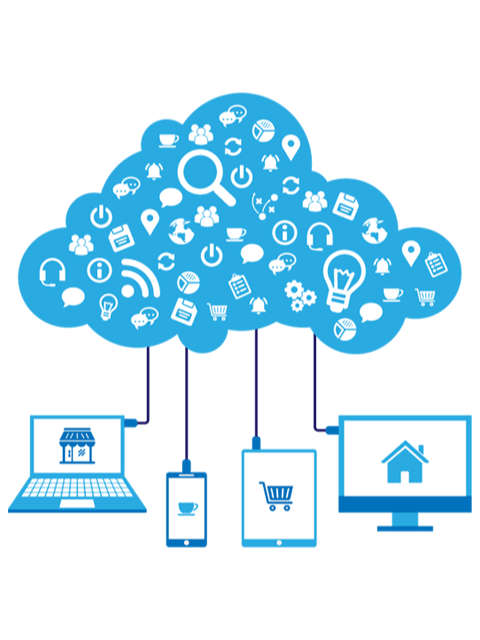 Public Cloud: With AWS, Amazon turned the hosting paradigm upside down, inventing what many call the public cloud. As an alternative to colocation facilities, Amazon offered storage networks and computing power directly to the consumer—at rock bottom prices. Suddenly, users could securely store gigabytes of data for pennies a month. They could also call up one or hundreds of servers to run their programs. Equally important, they could turn off the servers when they were finished, reducing costs. And all of it could be done with a credit card, no long-term leases to sign.

Rise of the Public Cloud

Public cloud computing immediately became popular with developers and researches. More than 150,000 customers signed up with Amazon when it opened for business. Computing happened in secure but absolutely private AWS data centers which increasingly were located around the world. As of Fall 2019, for example, there were 69 AWS data center zones in 23 geographic regions with announced plans for three more regions in Cape Town, Jakarta and Milan. These centers, all networked together, hold millions of servers, with virtually unlimited processing and storage capacity.

As Amazon built data centers around the world, it also started adding services you could use to support or supplement your computing needs. Along with computing and storage services, AWS began adding ready to use databases, AI and analytics tools, developer tools, deployment management, email services and a lot more. As of 2019, AWS offered at least 165 different services which developers can integrate into their applications. These typically run for a fraction of the cost of building and provisioning separate software and they are integrated into the AWS offering.

Recently Amazon announced that it had a million active customers in 190 countries, including nearly 2,000 government agencies, 5,000 education institutions and more than 17,500 nonprofits.

Is the Public Cloud Secure?

Initially, many organizations were leery about using the public cloud due to security concerns. Today, an increasing number of organizations including state agencies and the U.S. government have realized that public cloud facilities maintained by the likes of Amazon, Google and Microsoft provide equal or even greater security than most private facilities. Here is why.

Like their colocation counterparts, public cloud providers maintain highly-secure facilities which are locked and monitored at all times. Arguably public cloud facilities are more secure than private cloud providers because their locations are not publicly disclosed and customers are not allowed to enter the facilities. Only well-screened employees are allowed to enter and then only on a strict need to access basis.

Major public cloud providers deal with government agencies and other large entities around the world. As a result, they need to carry an extensive list of security certifications from multiple ISO badges, to fedramp (U.S. government required), to PCI, HIPAA, SOC and dozens of others. AWS, for example, carries over 25 U.S and international audit certifications. Google carries a similar number of badges, many of which require extensive third-party audits to ensure the companies are following security best practices. Microsoft’s Azure public cloud matches up on security practices as well.

Most colocation facilities are audited and carry a range of security certifications as well. However, few can match the depth and breadth of security measures provided by public cloud companies. By this measure, public cloud computing is at least as, if not more, secure than the alternatives.

All three of the major public cloud providers offer encryption in transit and at rest standard. Encryption protects against physical incursion as well as employee malfeasance. Even if an intruder or employee manages to access an encrypted hard drive, nothing will come of it because the encrypted data is unreadable.

Amazon, for example, allows you to encrypt data when it is stored using the same advanced encryption methods that are used by the U.S. government. The data is encrypted before it is saved to disk and decrypted when downloaded by an authorized user. Encryption keys can be maintained by the client rather than the cloud provider. The other members of the big three, Microsoft and Google, offer similar encryption options.

In contrast, colocation providers leave it to their customers to determine whether data is encrypted on their servers. If you are using a colocation provider, you will have to encrypt your own data if you want to match the security offered in a public cloud environment.

The big three public cloud providers each offer a host of other security services to help protect data. AWS, for instance offers dozens of services that can be used to protect data. Microsoft and Google offer similar levels of protection.

Thus, the answer to the question is yes. Public cloud platforms are as secure or more secure than colocation facilities.

Why Cloud for Legal?

Many legal organizations are moving to the public cloud because of the advantages it offers for their systems. 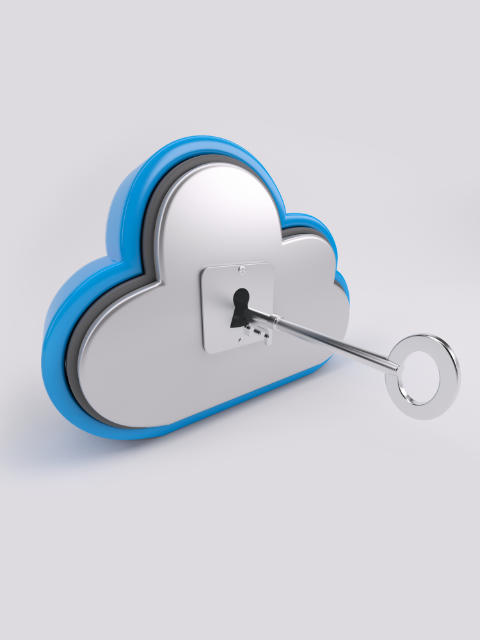 The advantages are sufficiently strong that many SaaS providers use the public cloud in lieu of provisioning their own servers. Netflix, for example, stores massive amounts of data with AWS, and runs billions of transaction. Over 5,000 public agencies use the AWS as well. Google cloud customers include the megabank HSBC, Target, Twitter, Bloomberg, and eBay, to name a few. And Microsoft boasts many thousands of customers (outside Office 365) including Adobe, HP, Presence Health, and NBC News.

According to IDC, “worldwide spending on public cloud services and infrastructure will more than double over the 2019-2023 forecast period.” IDC predicts public cloud spending will grow from $229 billion in 2019 to nearly $500 billion in 2023, a a five-year growth rate of 22.3%.