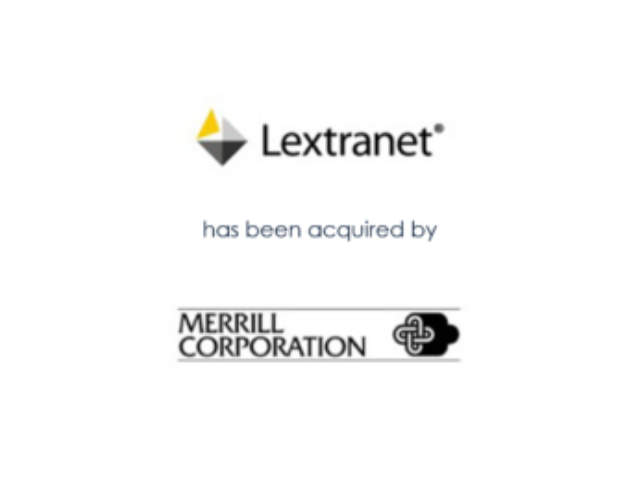 We first started building litigation support extranets in the mid-1990s (that’s what we called them back in the day). At the time there were only a few people who understood the power of linking a database to a web browser for collaboration and document management. Neil Aresty was one of those few. He was an early pioneer in our field and a person I looked up to for inspiration and guidance.

Among a lot of other things. Neil founded one of the first web-based litigation systems which he called Lextranet. It was a major success leading to its sale in 2007 to Merrill Corporation. Neil stayed with Merrill for several years and then moved on to other pursuits including, probably, time on a sailboat in Boston Harbor.

What’s important to this story is that Neil and his Lextranet team build their litigation support system using open source software. That was a brilliant but risky move since few lawyers knew or trusted open source software at that time. Indeed, many remain afraid of it today.

So, after recruiting Neil to join our Advisory Board, I couldn’t resist a chance to walk back a couple decades and see how Neil made the decision to build Lextranet using open source software.

Q. Hey Neil, you were one of the true founders of hosted litigation support software, going back to the mid-nineties. You certainly were an inspiration to me as I was trying to connect the 10 offices of my law firm over the Internet. How did you get started?

A. When I saw the first publicly available we browser, Mosaic, and began to understand and wonder about the possibilities of hypertext and distributed networks, I quickly became enamored with the World Wide Web (WWW). It seemed to me that the network protocol wars were over. The most powerful way to connect all computer resources would be through TCP/IP, the internet network protocol. My business partner, Harold Leach, and I were implementing PC area networks for law offices in order to move their automation into the world of personal computing. The major attraction was the increasingly available software for law office automation, e.g. transcript managment and litigation support software. Our unique selling proposition was that we were end users, as practicing attorneys, and that helped us build a useful application layer to the networks – ranging from word processing, time and billing systems, to work product retrieval and shared library resources over the network. Remember, this was coming out of the DOS era and pretty much in the first few years of the Graphical User Interface.

Q. When did the idea for Lextranet hit and what prompted you to go for it?

A. During 1997, we had been hired to help automate a large criminal matter in a US District Court. It would be the first time web technologies had been put to use capturing the daily record; transcript, evidence and court docket and then published to a secure web server. The entire trial was published on secure web servers. Only registered members of the press and public could access, view, and/or download the daily transcript. We took a risk with HTML 1.0 and the browser user interface but it worked wonderfully. From that experience we decided to try to build our own web based, litigation support system combining both database and full text retrieval functionality. I had been an early DOS user of various stand alone, litigation support systems and saw the potential of putting a litigation database on a secure web server. It was slow going at first. Most lawyers did not trust the idea of putting client documents on the Internet. But the idea of having a single, secure, network based, litigation document store that could be accessed 24/7 virtually, started to make more and more economic sense. At the time, the going law firm rate for copying a page was around .25 cents per document. Once loaded to a web server application such as Lextranet, the only cost for a printed page would be the cost of printing it to your own printer. One happy client led to another opportunity and, slowly but steadily the service took off. a few more anxious In the beginning, we designed the system based upon our own knowledge. With more and more cases and users, we started to get more end user feedback. That feedback became a critical driver in the development of the application.

A. A year into browsing the World Wide Web, we started thinking about creating some dynamic web pages. We had been active database users and had built several case management applications for our own law practice and then others. End users spur development ideas. By the time the World Wide Web was beginning to mature we made a commitment to understand it’s architecture. Back then, in the mid to late 1990’s, most of the web services and web technologies were running off of Linux servers and using Open Source software e..g MySQL as a database, to provide web dynamic services. Linux and MySql, along with other tools, enabled us to build an application that had to stay up – i.e. it had to be as bullet proof as possible and just keep running. It was not just affordable, it was solid and we could find people who had experience working with those tools.

Q. What products did you use? And why?

Q. How did it go? Did everything work together perfectly?

A. It worked as well as most airplanes that are being fine tuned while flying the plane. Some days better, some days not so. But it was always getting better and better!

Q. What about upgrades? Did you benefit from open source upgrades as time went on?

A. Absolutely. As improvements occurred in the Open Source tools that we used, we would wait until they were mature and then update the code base accordingly.

Q. How about regrets? Were you ever sorry that you didn’t use proprietary products like Microsoft SQL or DT Search, which a lot of other e-discovery companies used?

A. We did use some proprietary products like DT Search – because we were running Linux based Web Servers though, we had to push Mr. D. T. to write a Linux version. While we were operating the business, from 1997 through 2007, we never regretted using Open Source tools. After we merged with a big corporation, we had to continuously justify our Open Source development with the IT department of a large corporation. Their preference was to use big name iron and big name software. Interesting conundrums.

Q. Did your clients know you were using open source software? And did you get any flack over it from the bigger law firms or legal departments you worked with?

A. Yes, our clients knew we were using open source software. For the most part, they did not really understand or care about the Linux license. All they cared about was whether the interface and the rest of the system worked. They mostly cared about timing, pricing, uptime and 24/7 access. They also cared about client facing consultative help.

Q. If you were starting over now, would you take the same approach?

A. The World Wide Web is a different place today. If we were to build a web application today, it would most likely have Open Source components. It would also be built with some of the many pre existing tools available on AWS.

Q. Any advice you want to offer our readers as they contemplate open source legal projects?

A. Find interested, savvy end users and listen to them. Testing your application with real (or near real) data and work flows will go a long way towards developing a good application.